A woman's guide around the globe, for cheap.

Argh! I promise, I am working on my consistency game!!

This last Thursday my boyfriend commented that we should go somewhere on Friday. I said that’s a great idea, lets go to Solvang! 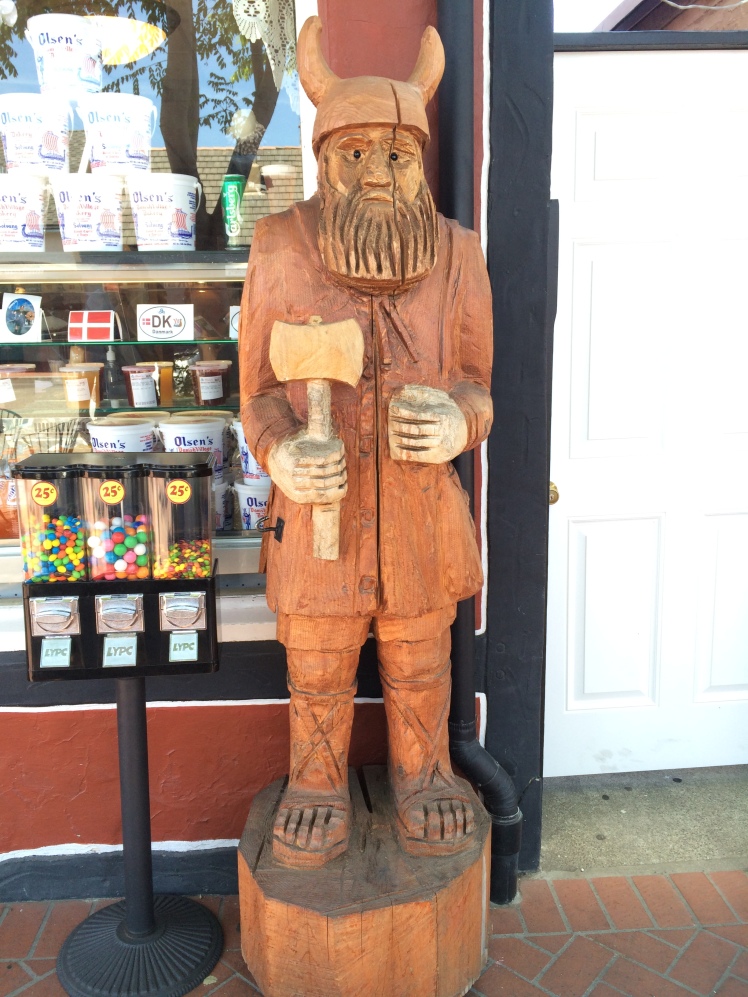 I quickly explained that it’s a cute little danish town I know nothing about, while I started searching for Airbnb’s. To my sadness, there weren’t any in the town or hostels for that matter. Since we were only going for a day, I didn’t want to have 3o minute drives into the town. So I opened up my hotel tonight app and la-di-da found a cute little basic hotel called King Frederik Inn, how Danish!

Solvang is in Santa Barbara county, a 2 hr 15 min drive from Los Angeles during NON PEAK HOURS. So, we left at 6 am and thankfully missed all the traffic.

In 1911 a group of danish travelers established the colony in California on a Mexican land grant, as a means to flee harsh winters. As many of you may know, southern california is infamous for its perfect sunny days. In the late 80s, Solvang became incorporated and viola, now you have a little danish town in North America. 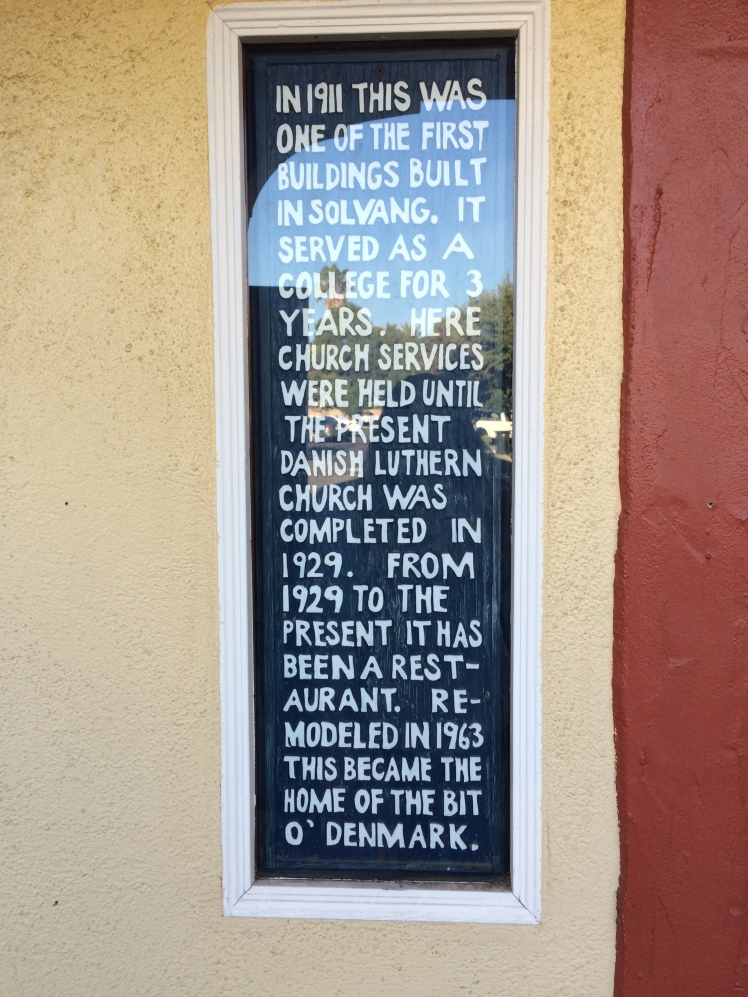 Our hotel, was in the town center, which made it perfect for walking everywhere and more importantly, day drinking.

The first order of business though, was breakfast, and we choose Paula’s pancake house to have our first order or dutch pancakes! I had actually had them once before, in a dutch hostel, in Bangkok, but that’s ok! Hahaha, these were DELICIOUS! They taste just like American pancakes but they’re much thinner, almost as thin as a crepe, and they’re ginormous, bigger then my face. The serving came in 2’s with butter and syrup and powdered sugar because hello, that’s how every day should start!

We sat outside and enjoyed our pancakes as the so-cal sun began to work it’s way out and set itself up for a hot-as-balls kind of day.

With full bellies we began to explore. The town is very small, we walked around the whole thing, twice, in the one day we were there. So, this is a perfect day trip place or stop along the way of a road trip. There were all sorts of cute little shops, cheese stores, and wine, wine, WINE. Wine stores, wineries, wine tasting, wine everywhere.

I kept going back and forth wondering, am I in Heaven? No, no, I am definitely still alive because I’m sweating like a maniac. So no, not heaven.

What made it so different than any other small town were the dutch influences of course! Primarily the architecture; all the buildings and clock towers were nothing reminiscent of modern advancements. It felt like I had stepped into a small town that was putting on a danish heritage month. Except this was a permanent exhibition. There were windmills and colorful buildings and a little tram to drive you around if you saw fit!

If you aren’t into walking and window shopping, there are plenty of Danish historical museums, high end art galleries (what looked like, I didn’t walk in), and endless wine shops.

We do enjoy walking and once noon hit, needed to COOL DOWN, again, because it was hot as balls. We found a little place, appropriately named THE GOOD LIFE and walked right on in. We enjoyed a peach beer, which was quite tasty and played a questions game book that the shop had on the coffee table. After 5 years of dating, I am still learning more and more about my boyfriend. #Excitementneverends 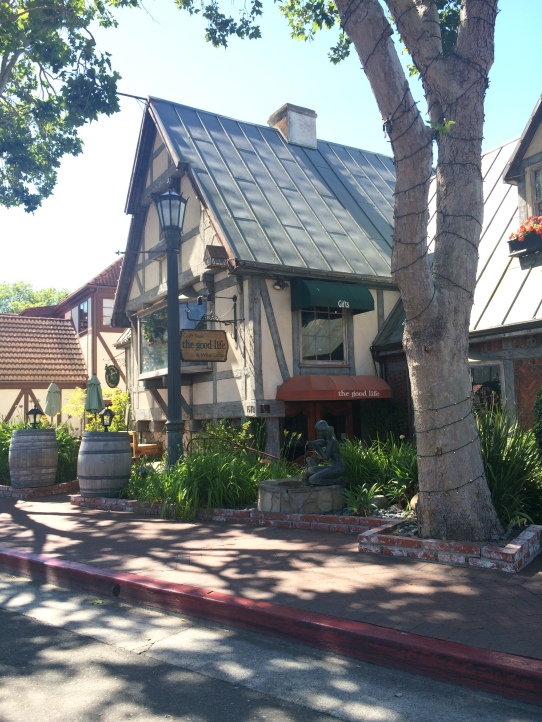 We relished in the AC and enjoyed the act of not doing shit, it was lovely. Once refreshed we left and walked into a pub.

Hahahaha, I guess we spent the whole day drinking. I’m realizing this now as I write it all out…

The Solvang Brewery not only has a huge selection of craft beers on tap and draft, but they also have BOMB soft pretzels and home made dip. YES, YES, be sure to get in on that when you go. And sit at the bar, because sitting at the bar is awesome and you get to chat with strangers and get your drinks faster. #winning #lifelessons

Adriana, one of the coolest bartenders I’ve ever met. Introduced me to a danish pastry shot and actually knew what a breakfast shot was! For those of you who don’t, it’s alcohol that includes bacon and taste like pancakes. Let that sink in..

So be sure to ask for her and sit at the bar!

In the back room of the brewery there were old school video game machines and a pool table. So my nerd and I were in heaven. You can go in, play. pay for your music selections, and chill out. It was a relaxed brewery/restaurant that I’ll definitely return to.

And then it was more wandering around friends! Cheese shops, clothing stores, and more impressing to us, antique clock stores, old school thrift shops, AS SEEN ON TV STORE!!!!!! (that was mainly me), and the Hans Christian Anderson museum. 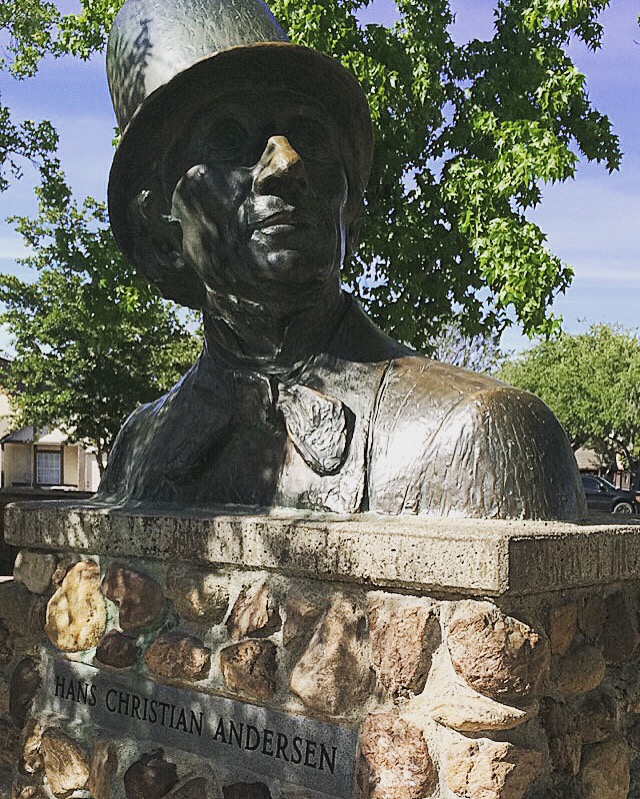 I’m not much of a souvenir buyer, but the clock store had some great gift for your coo-coo clock fans and sold individual music boxes. The thrift shop had the nicest volunteer worker who chatted with you as if you’d been friends all your life. The As seen on TV store was everything I ever wanted to buy and glad that I didn’t buy. So, you know, it was awesome. The museum was pretty neat because of how well preserved all the books were. They had original copies, hand written letters from the author himself, and an entire mini bookstore in the back with seriously old copies of books from various genres. It’s probably the perfect meet up for #bookloversunite! 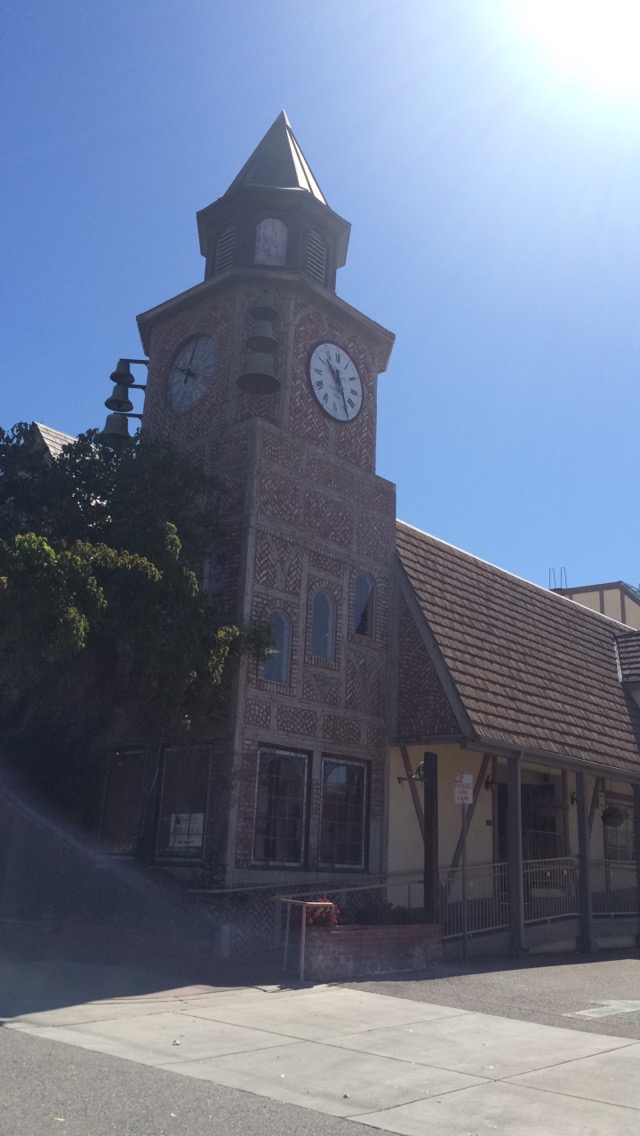 After getting our knowledge on it was time to feed the beasts and we found a laid back Irish pub with delicious fish and chips and actual vegan/vegetarian options. I was impressed! And guinness and harp on tap. Yay. This place is great for the sports lover as they had a really nice balance of different sports channels on the tv’s. A little something for everyone.

From here we sat in a small park, next to the veterans memorial statue and watched the sunset. Aww, how cute. We couldn’t really see the sun, but it was a very nice area to sit and just pass the time, people watch.

We commenced our second tour of the town and wandered into a wine bar called, the wandering dog. I know, right?

Here we met an awesome waitress/wine connieuseur that brought wine tasting to a whole new level. It was fun and silly with out all the frou frouness…she also really hooked it up, which just added the greatness to it all. Everyone that we had met throughout the day was simply kind and helpful. Genuinely nice.

The wandering Dog has a neat concept as well. If after the wine tasting you decide you’d like to purchase one of the bottles (starting at around $30) then the wine tasting cost is waived! So we tried around 8 different wines and only paid $32 for the bottle… My kind of place in deed =) They also sold cheese plates.

As they shut their doors, Natasha, our wine friend, suggested we go back over to Solvang Brewery because it’s good for late night food and drinks.

The sun had gone to sleep by this point and the crazies had decided to come and play. I say crazies and I am referring to young people. It was just really funny to see them, because all day, all we saw were couples, small families, and that’s it.. But now at the brewery there was a DJ, what looked like a bachelorette party, and a bunch of young people who were no where to be seen during the day.

I have to say I rather enjoyed that. It shows the town is for the old and young alike! Hahaha. So we people watched, chatted with strangers, and made our way out in search of more food. The brewery did have a late night menu, but the vegetarian options were quite sparse. Upon crossing the street and reaching our hotel, the front desk informed me of a Dominoes nearby. I LOVE PIZZA. You didn’t know that about me, now you do. I love it. So we walked back over across the street, just one block down, and picked up the most delicious pan style pizza. I stuffed my face and went to sleep and that was our day in Solvang!

We woke up the next morning, enjoyed a few bites of the continental breakfast the hotel offered. Toast, muffins, danish pastries, coffee, tea, and juice. It was perfect for us since we wanted something light. The traffic back to LA was another story, but when you live in LA you know that going in and prepare yourself.

All in all, we loved Solvang and will definitely return! Next time, I won’t do anything different because it is a great little town just the way it is.

If you have ever been to Solvang, or now decide to go, please let me know! I’d love to hear about your experiences. =)

Thank you for reading and as always, keep on exploring and keep it cheap!